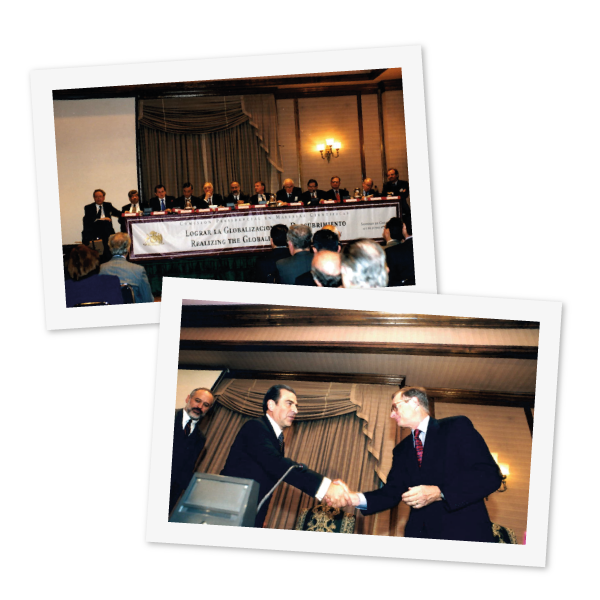 The Millennium Scientific Initiative arises from the meeting convened in Santiago by the President of the Republic, Eduardo Frei Ruiz-Tagle (“Achieve the Globalization of Discovery”, June 3 and 4, 1998), to which 12 prominent personalities were invited global public and private sectors in the field of science and technology. Leaders such as Dr. Kun Mo Chung, architect of Korea’s take-off in Science and Technology; Charles Simonyi, Microsoft Global Scientific Director; Bruce Alberts, President of the United States Academy of Sciences; William Stewart, Scientific Advisor to the British Government; among others. The Ministers of Science and Technology of Brazil and Argentina also participated, as well as prominent representatives of the national scientific community. These personalities delivered valuable contributions and decidedly supported the materialization of an initiative of this nature.

As a result, work began with the World Bank and foreign consultants in the elaboration of a project for the implementation of the Millennium in Chile, an original program within the global context. 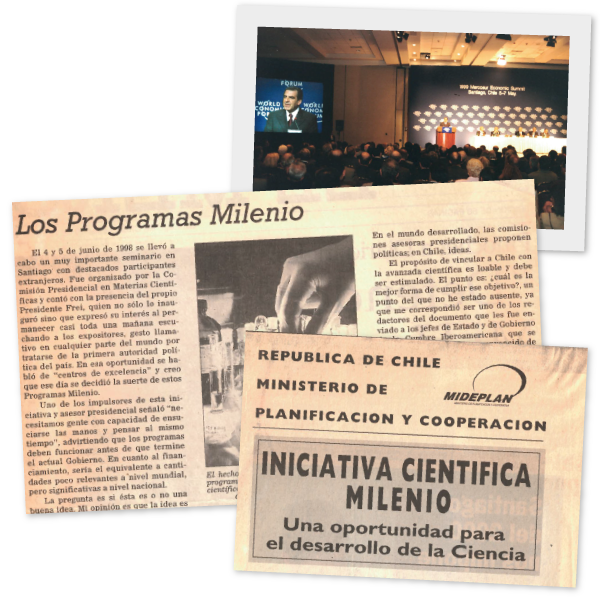 During the Millennium creation period, the official delegation of experts from the World Bank together with the Presidential Commission on Scientific Matters, met in September 1998 with various authorities of the national academic and research spectrum, such as the Rector of the University of Chile; the Rector of the Pontifical Catholic University of Chile; the President of the Regional University Association; the Presidency of CONICYT; the presidents of the Andes Foundation and the Chile Foundation; and the Director of the MECESUP Program, among others, those who valued the Millennium Scientific Initiative as a valid instrument to contribute to the necessary strengthening of the national R&D system. The program had in principle the financial support of the World Bank, through a special loan (Learning and Innovation Loan) for its implementation.

In January 1999, the decision was made to give the Ministry of Planning (Mideplan) the responsibility of carrying to carry out this Program, adding to the efforts made in this area by the Ministries of Education, Economy, Agriculture, Mining and other public and private organizations.

As of January 1, 2011, the Millennium Scientific Initiative Program ceases to be part of the Ministry of Planning and is transferred to the Ministry of Economy, Development and Tourism. The transfer is mainly based on the fact that from the new institutional structure concerning scientific, technological and innovation development, it is the responsibility of this ministry to direct and coordinate the National System of Science, Technology and Innovation and its components, so that the millennium structure, management and performance model recognized, both at home and abroad, strengthens its mission of border scientific and technological research and training of highly specialized human resources, acting in direct coordination and complementation with others System components such as InnovaChile and Conicyt.

Throughout its existence, the Millennium Program has positioned itself as an innovative model, with very good results, and recognition which has meant replicating the model in other developing countries.