The Millennium Institute Interdisciplinary Center of Neuroscience of Valparaíso (CINV) is a research facility housed at the University of Valparaíso. Its main concern is the nervous system from an interdisciplinary perspective and with this objective the center brings together biophysicists, physiologists, neurobiologists and experts on genomics, bioinformatics and molecular simulation in order to develop science and extension within an academic environment of worldwide standard.

Currently, the areas best represented at CINV correspond to those studying the molecular basis of neuronal excitation, synaptic transmission (between neurons or other cells), neuronal differentiation and neural mechanisms of perception (auditory, visual). During its first five years the CINV has managed not only to increase productivity going from 18 articles in 2011 up to 54 articles in 2015, but also to elevate the quality of its work. This includes publications in high impact journals such as Nature, Nature Communications, Neuron, and Proceedings of the National Academy of Sciences (USA).

The CINV deals with different aspects of a fundamental scientific question: how does the nervous system respond to sensory stimuli in health and disease? This question is addressed through the different lines of research that this Millennium Institute has included, covering a scope from inner workings of proteins that capture the signals from the outside world to the behavior of neural networks. 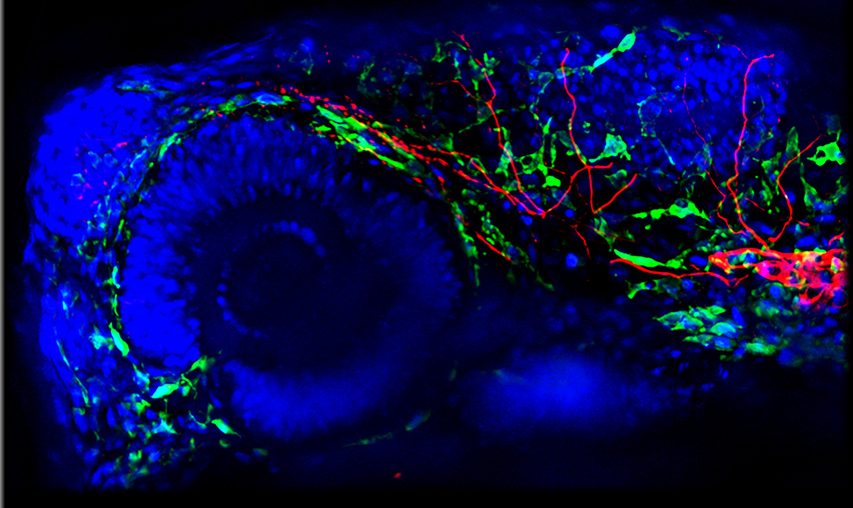