The goal of the Millennium Nucleus Paleoclimate (PALEO) is to understand the functioning of the climate system at centennial and millennial timescales in the Southern Hemisphere over the last 25,000 years, with an emphasis on Chilean and Argentinean Patagonia (40°-55°S). This region is ideal for investigating the paleoclimate evolution of the southern third of the world, as it is the only continent that intersects the Antarctic circumpolar current and the southern westerly winds and thus allows the monitoring key components of the climate system. We plan to study multiple sectors of this vast region to identify geographic patterns of past climatic variability along north-south and east-west transects. Reconstructing paleoclimatic variability in Patagonia will improve our understanding of climate dynamics in a largely understudied sector of the SH, as well as the sequence of events and processes during the major climatic transitions that occurred during this time.

The skill set covered by PALEO researchers includes both empirical and modeling science, with a unique combination of specialists in the fields of glacial geology, paleoecology, and paleoclimate modeling. Through the PALEO partnership we will be able to investigate spatiotemporal variability, causal and dynamic links, as well as relations to hemispheric and global climate. 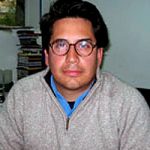 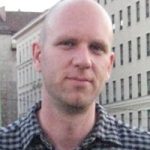